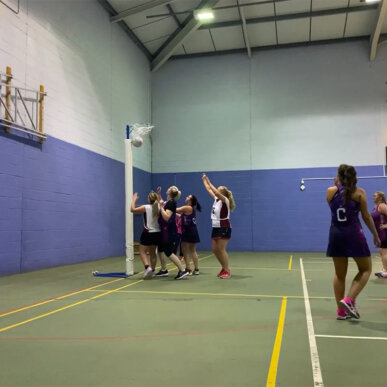 This week: the U14 Hockey County Round, Mavericks B and Mavericks A v Sherburn, and the Y&D Round National Schools Netball.

U14 Hockey County Round - Queen Ethelburga's (All day tournament)

In the first match against Cundall Manor, we were all playing well, especially in defence, but we just couldn't get the goals in. Our layout on the defensive side was very good. But we ended up 0-0. Players of the Match; Rhiannon C and Francesca I.

We then had our second match against Ashville. In the 1st half, Ashville succeeded and got their goal for the match. Although they won, I believe that we played a lot better than Ashville and had possession most of the game. I think that as soon as we entered the D with the ball, we should be less cramped and go for goal, as Ashville did. Players of the Match; Louise B and Poppy R.

Our last match was against Scarborough. As we have played them before we knew what players to mark tightly. In the first half, we were all a bit slow getting into the game, but after a few minutes, the game was ours. Scarborough managed to score 2 goals in that half. In the last half, we all knew we wanted to win. The defence was doing very well keeping the ball away from the D. But those little silly mistakes just caught us out. The final score was 2-0 to Scarborough. Players of the Match; Freya F and Celia S.

Mavericks B were keen to get back onto court this week and welcome some great new players. Each quarter they strengthened as a team managing some great goals. They are now looking forward to their first away match next week.

A fast-paced first game for the Mavericks A, with lots of debuts from new players. Eve, Harriet, Charlotte and Anna were welcomed into the A team and were a great addition on court. Starting out strong, Mavericks took the lead from the first quarter and didn't give up from there. Player of the match Jennifer worked tirelessly in the circle scoring some great goals

Both A and B U19 Netballers went to JoRo for an exhausting 9-game tournament. The girls worked tirelessly for the full 108 minutes. The A's managed to get some very convincing wins and were unfortunate in a few matches missing out by only a couple of goals. The girls will continue training towards the county round in November.

Team of the Week: U19 Hockey

Finally, if you have any summer sporting success stories we would love to hear them. There is so much talent at QM and we love to celebrate your achievements outside school with the QM Family. Be sure to share your news with the Sports Department or email marketing@queenmargarets.com.