Standing proud at Escrick Park since its foundation in 1901

Our all-girls School has had an exciting past since its foundation in 1901. Whilst standing proud on our current site at Escrick Park for the past 70 years, we have in fact had three different homes.

QM, named after Queen Margaret, Queen of Scotland 1070-1093 for her practical charity, optimism and energy, was established in Scarborough by the Woodard Foundation, an organisation committed to the establishment of boarding schools where teaching would be firmly based on the Christian religion. The founding Head was Mrs Agnes Body who arrived from Lincoln with some of her former staff. In 1913, when ill health made her retire, Rosalind Fowler became the Senior Head and she supervised evacuation to Pitlochry during the First World War. Following another evacuation to Castle Howard in the Second World War, QM finally came to Escrick Park, six miles south of York in 1949.

Previously, this magnificent country house, built with the assistance of John Carr in 1758 and set in almost 75 acres of beautiful parkland, had been a private residence. The Main Building retains the atmosphere of a spacious home and now accommodates both the impressive library and middle school boarding areas as well as the Head’s Study, Staff Room and administrative offices.

In 1986, following an initiative by the parents and governors, the School was re-established under a new company limited by guarantee and registered with the Charities Commission. At the same time the School became independent of the Woodard Foundation. Since then the School has enjoyed a period of continual development, investing almost £10 million in new and improved facilities and has gained a reputation for academic excellence.

Mrs Sue Baillie took over as Head in September 2019 and continues to lead the QM Family in delivering the vision to be at the vanguard of girls’ independent education.

Meet our dedicated team, receive a tour of the impressive facilities, and discover all that QM has to offer with a personal introduction to QM.
Book a Visit 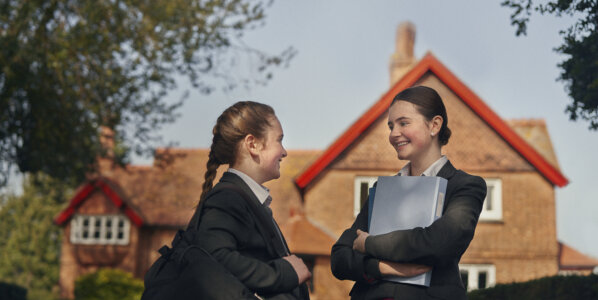