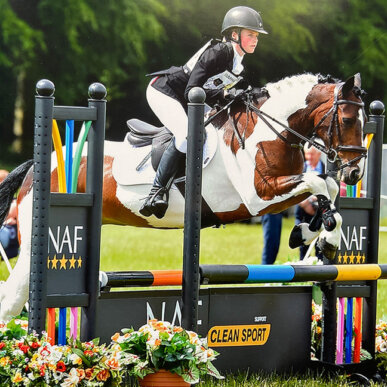 We are pleased to share Freya's recent horse riding success:

With many eventing successes under Freya’s belt over the last season, Freya decided to step up a level to Event at 90cm in the 2022 season.

Freya was inspired to reach her goal of being part of the British Eventing U18 team after watching former QM girls Xanthe de Wesselow and Jemima Fawcett compete in the U18 championships at Bishop Burton last year. Freya has trained and competed hard to seek a place on the team to represent the North this year.

We are delighted to report that Freya and Abbie have been invited to be part of the team to represent the North in the British Eventing Under 18s team.

They will train with the rest of the Under 18s team in the Yorkshire dales next weekend and then the championship will be held at Bishop Burton in August this year. All of the region's teams are invited to compete together in the British Eventing National Championships.

Freya’s ambition next year is to qualify for Badminton in the BE90 and once again to gain a place in the U18s team along with looking for sponsorship opportunities.