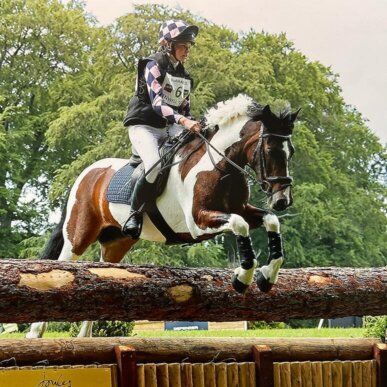 Read the latest sporting news from Queen Margaret's. This week, U14 Tennis vs Bradford Grammar, U15B Tennis vs Bootham, U15 Rounders vs Bootham, plus a horse riding update from Freya.

TENNIS: U14 vs Bradford Grammar

The girls fought hard against some really strong opposition. The score does not truly reflect how close the games were, with many going to sudden death deuce.

Congratulations to Sophia for playing up a year group with a new partner.

On one of the most glorious summer afternoons, Poppy, Martina, Sophia and Freya (Year II) represented the school in singles and doubles fixtures v Bootham.

The girls worked very hard in the hot weather, especially in the singles, with congratulations to Freya for winning at number four in the team.

The doubles were close too, and the spectators were very impressed at the standard of play, reminding us that Wimbledon will soon be here.

ROUNDERS: U15 A+B vs Bootham

Freya was thrilled to be part of the first-ever NAF Five Star BE80 National Championship at Bramham International Horse Trials!

Freya qualified for the national championships at her second-ever affiliated event at Frickley last year when she was just 13. Freya & her pony Abi’s eventing season has been mainly with U18s, so to be part of an open-age category and with some big horses was a huge achievement which would unnerve many! Freya did an amazing job to stay so calm.

They ended the first day in 5th place on a solid dressage score of 32. However, there were still 30-odd more riders to go, so by the end of day two they were lying in 22nd but only 3 penalties split them to 1st place.

They then did a wonderful clear show jumping round.

The cross country course was very technical, with one jump called The leap of faith! Freya was insistent on jumping that and not the smaller option. The ground was perfect and they both sailed round. Much to Freya’s annoyance, she got two penalties on time for being 5 seconds over the optimum time.

They finished in an amazing 13th place out of 55 riders, many of which had many years of experience in the saddle.

Freya’s ambition for next year is to get to Badminton on the BE 90 course!