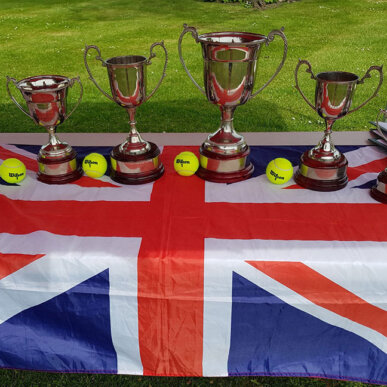 "What a stunning day for the Parent/Daughter Tennis Tournament here at Queen Margaret’s!

We were blessed with a beautiful summer afternoon, and the standard of tennis was a credit to both our girls and their parents. The matches were closely-fought, with barely a point or two separating some of the pairs.

All our participants and supporters enjoyed the sunshine on the QM grounds, bringing picnics to make the most of the glorious weather.

Our Catering Team also offered Pimms and afternoon tea, featuring delicious scones, cream and jam, and a cake selection. With a combination of the weather, food, and supportive atmosphere, it wasn't a million miles away from Wimbledon.

In the Middle father and daughter competition, we had to have a three-way tie break between the pairs as it was so close to finding a winner.

Meanwhile, games for and against added up in the Senior father and daughter competition, as all had won matches.

You can see the results below, but more importantly, it was fabulous to have the buzz and laughter on the courts once again.