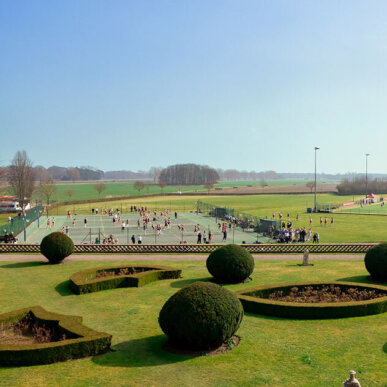 Player of the Match: Tilly (Year I) & Harriet (Year I)

The U12s had a fantastic go at the Area netball tournament on Saturday. With two good wins in their first games, they looked set to get through to the semi finals.

All girls rose to the challenge in every match and demonstrated great play, even taking Miss Bale by surprise. Tilly and Harriet were voted Players of the Tournament for their tireless effort on court and constant interceptions.

Unfortunately QM was knocked out in the semi finals but the girls should be proud of how far they have come in netball since the start of the year!

Well done all for a great day of play!

It was so great to be able to host the senior invitational tournament again this year. With the sun shining, it made for a brilliant day.

It was a fantastic afternoon full of high-quality matches. Woodhouse Grove managed to win both the 1st and 2nd team tournaments, with Hymers coming in second in both too!

Team of the week: U12 Netball & Pitlochry House netball

NETBALL: U14 vs Bootham