Top Grades in the November '21 EPQ 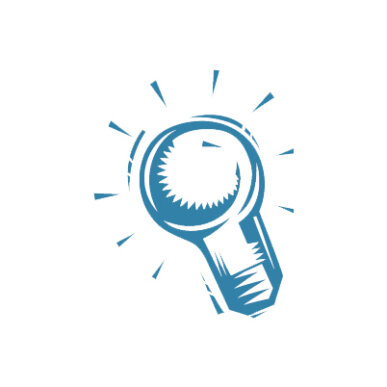 Congratulations to three of our Sixth Form students who have received fantastic results in their Extended Project Qualifications (EPQ) from the November '21 series.

The EPQ is an extension to students' main A level choices, and it carries its own UCAS points. It is an opportunity for girls to extend their abilities beyond the A Level syllabus, helping them stand out and prepare for university.

The qualification allows students to plan and research a topic that isn't covered by their other studies. This could be a topical current affair, personal interest, hobby, or other area of interest. As you'll see below, our girls chose fascinating topics to look into.

Emily (Head Girl) focussed on the failure of justice when sexual history is used as evidence in rape trials.

"My EPQ explored how juries and sexual history evidence pervert the cause of justice in rape trials. With just 1.5% of reported rapes leading to a charge, the United Kingdom’s criminal justice system fails.

"Sexual history used as evidence is not only irrelevant, but undermines Article 6 of the ECHR, creates jury bias, credits rape mythology and encourages victim blaming."

I presented my research and proposed reforms as a TED Talk (alongside the required research report), completing my EPQ as an ‘artefact’. Here is a short essay on my findings, which acted as the basis of the talk."

"I researched the impact of the French Resistance on gender relations in France during the 1940s. During the process, I looked into the roles which women undertook in the Resistance whilst the majority of the men were fighting, and whether this had a positive or a negative impact on gender equality.

After completing lots of research, I came to the conclusion that although gender relations improved to a degree during the Resistance itself, as women gained newfound freedoms in undercover work, the opposite was true when men returned from war. Focus then shifted in the latter half of the 1940s to reintegrating men into society, and women were blamed for France's defeat.

Overall, I found completing an EPQ a thoroughly interesting and enjoyable process and would recommend it to anybody completing one!"

Lauren (Deputy Head Girl Wellbeing) focussed her project on technology and its influence on voting behaviour.

"I was interested in the increased use of technology in American presidential campaigns, and the influence it can have on people's voting behaviour. This led me to research the impact of TV debates, researching the power of the visual image.

Also, I investigated the extent to which social media and tech firm Cambridge Analytica had an impact upon Trump's 2016 campaign.

It highlighted the uses of psychological and persuasive techniques used throughout political campaigns, and consequently the ways that this impacts the outcome of the election."

All three projects cover fascinating topics, and we congratulate the girls on their well-deserved results.