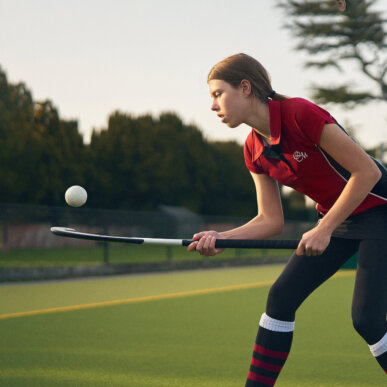 NETBALL: Mavericks A vs Read Ladies

Mavericks A started out strong against The Read this week with quick-paced play across the court, soon taking the lead in the first quarter. The Read stepped up their game in the second quarter, but Mavericks A still managed to hold the lead.

A bit of a dip in play in the third quarter saw the opposition take the lead. Player of the match for Mavericks was Jenifer (Year V), who improved every quarter - sinking some impressive goals and finding great space in the circle!

On a cold Wednesday, the 1sts took on Scarborough College at home. Even with a delayed start, the girls started strong. They linked some lovely passes across the pitch through the midfield, allowing for many chances in the first half by the forwards, with Caragh returning after not having played for a number of weeks.

The rest of the forward line up (composed of Year UVI girls Daphne, Grace and Ava) worked well to try and work the Scarborough keeper, but some fantastic saves meant a goal was not to be had.

The team kept fighting, though, and eventually this paid off with a lovely strike from Flo (Year V) which slipped past and put QM in the lead. In the second half, the girls had lots more chances. A fantastic defense meant that they held off Scarborough's short corner attempts. Some fantastic saves from Kitty East held us in the lead, allowing the girls to go away with a win in the last game of the term.